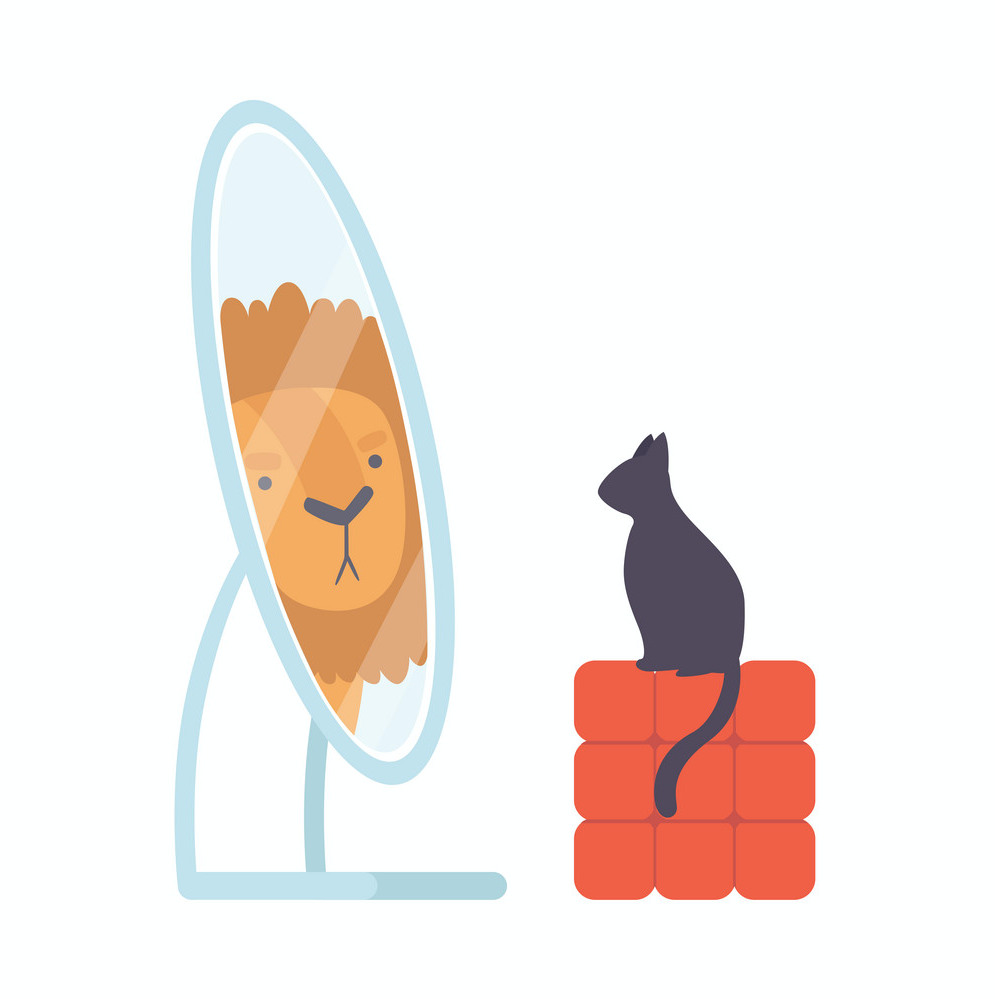 Continuing the TM1 Git story, I’ll describe how to do a simple promotion of a few objects from one server to another.

This might be slightly different from overall Git-enabled philosophy of development, but it’s a direct replacement of how TM1 promotions work in most places I see now, i.e. promoting via copying the object files to a folder and carrying it over and it’s sometimes easier to start from doing the same thing with a new tool :)

So let’s say we got 2 servers (I’m using Planning Sample from standard samples):

and we want to promote:

from development to the UAT environment. We only want to promote the specified objects, not all changed objects between environments, because maybe there’s a lot of things happening in the development and a lot of changes that are not yet ready to be promoted. If you create a ‘per-environment’ branch in Git, comparing dev & testing branches allows you to identify changes.

I’ll do the following for promotion:

I’ll be using PostMan for Rest API calls in the post instead of VSCode as in last one for no particular reason other than trying them both :) All the requests I’m running can be downloaded as a PostMan collection here, import it like this.

Ok, so here are our 2 servers: 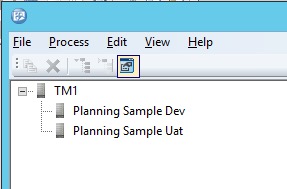 To push the changes, I’d need to update the tm1project definition of the dev server to ‘exclude all objects’ and ‘include’ only the ones we’re promoting.

Pushing changes from Development to a new Git branch 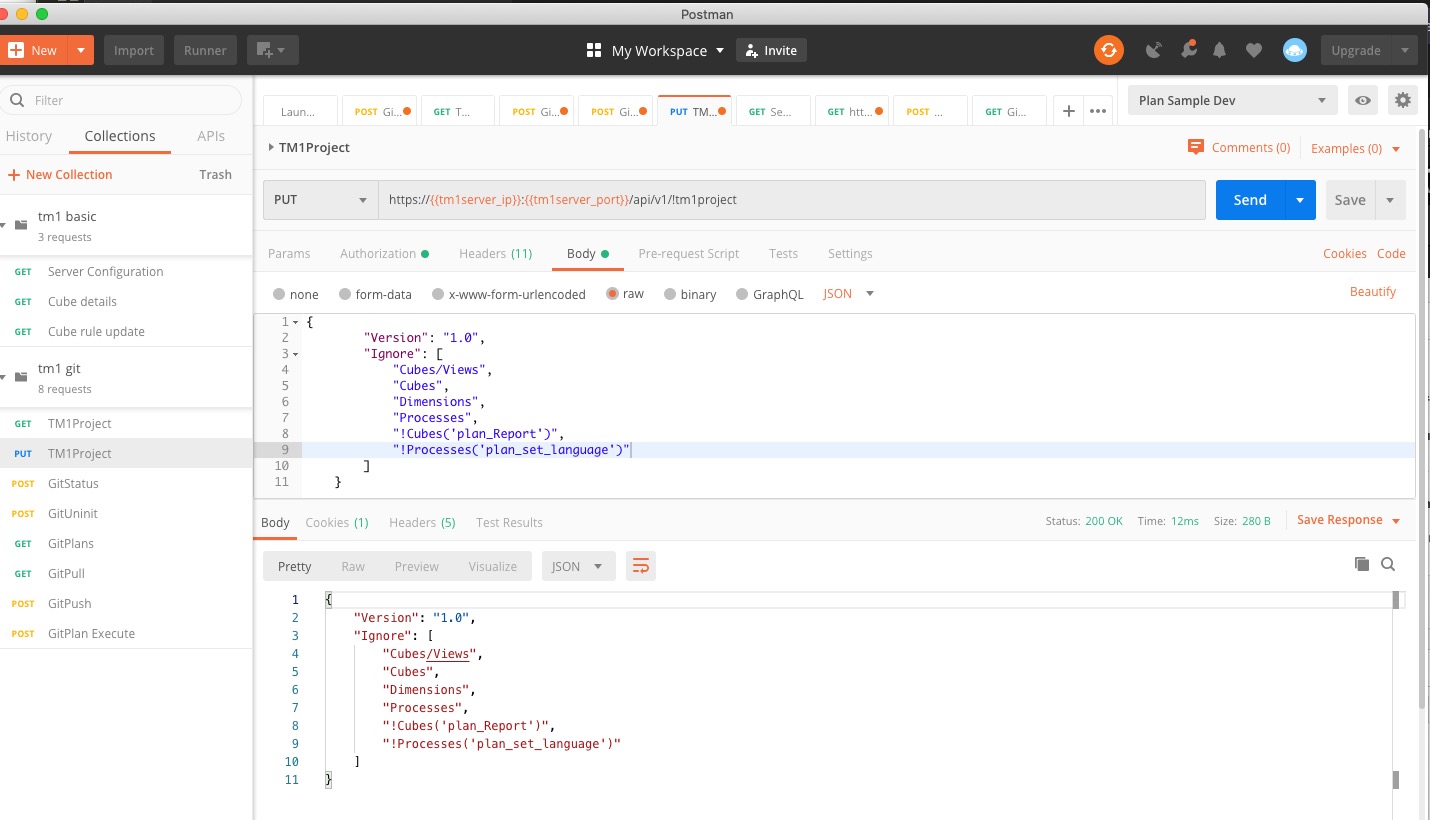 3. Once it’s set, we do a Git Push to a new branch called change-XYZ from the base branch of dev and with a comment. Note how the source files reflect only the cube we included: 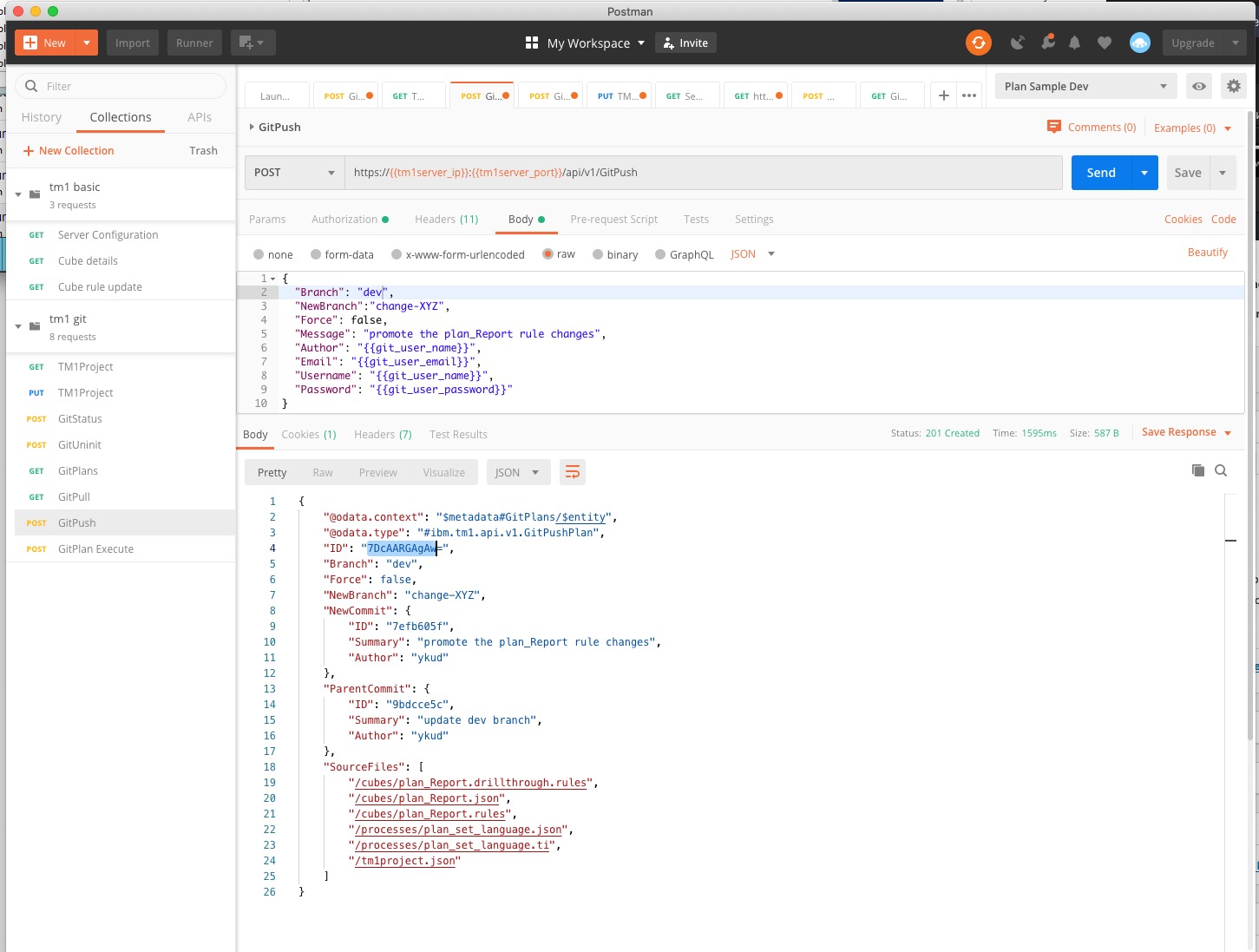 4. And execute the push plan:

5. Now I’ll see these objects on GitHub in a new branch: 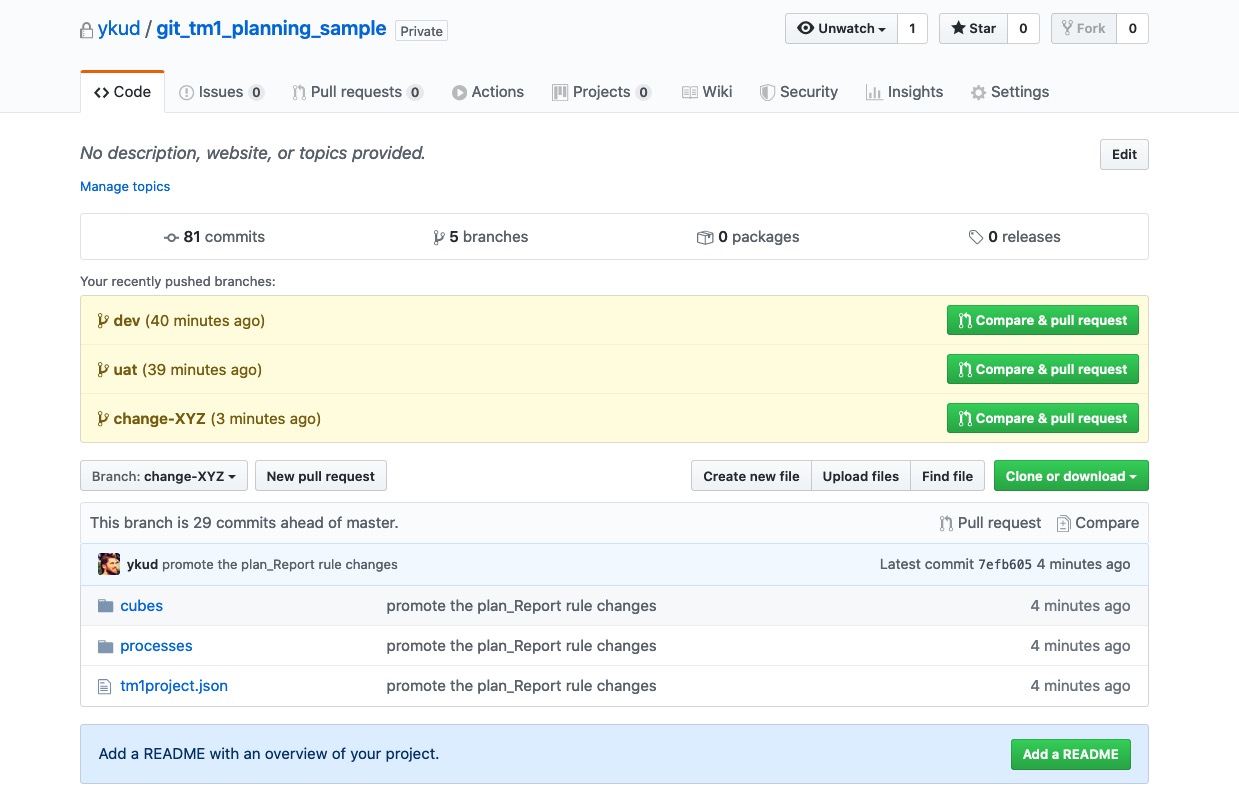 Pulling changes from the new branch to UAT environment

Let’s do a pull on UAT side: