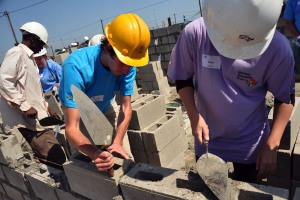 I was decribing the 4-year old trick of using Cognos server cluster to build powercubes and got a new idea.

Really, PowerPlay cubes building via scripts is a so 1990s, 21st century is for enterprise scale, failover, monitoring and you-know-the-pitch.

If we make Transformer cube build a Report/Job in Cognos Connection, we get:

The question is how to make cube build a Job / Report run with minimum of hassle. I was originally thinking of a simple ASP page, running a cube build batch script, used as a web-service datasource with cubename as parameter, but (that’s the a-ha moment) you can use a simple Java application, running in the same application server as Cognos itself. That’ll give platform independance and nice url (ibmcognos/buildcube.jsp?cubename=…).

Moreover, you can package cube build scripts into the application itself, make them configurable (model location, backup location, number of copies to retain, etc), make the application detect Cognos version (to know how to swap cubes) and detect operating system (what scripts to use) and you’ll have all the cube build logic packed into a neat single file container that you just copy accros all servers in cluster. That’ll take away all script maintenance burden and give all the benefits of centralized enterprise way. And it’s not a big development effort, I’d estimate it a couple of weeks spent with coding hat on.

Strangely that neither of big “all-things Cognos” shops (BSP or Motio) didn’t do something like that, there’s still a huge lot of PowerPlay shops around that’d love something like this. And some of them are going from 8 to 10 right now and that requires rewriting parts of cube-building scripts ;)